A massive field of 29 racers entered the opening round of the UIM F2 World Championship on Kaunas Reservoir in Lithuania. 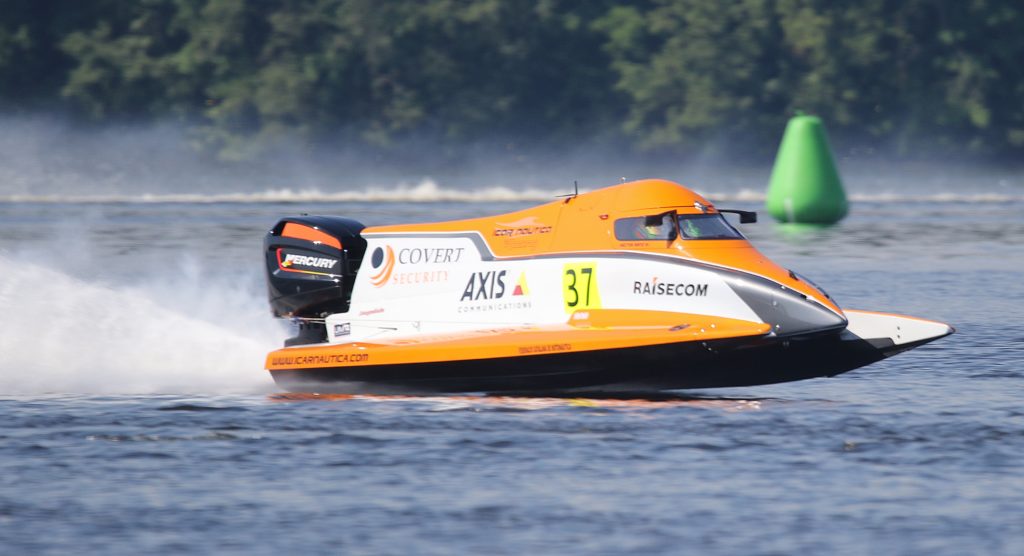 Beause of the size of the field, free practice was split into two groups.

Stefan Hagin and Rashed Al-Qemzi were the quickest two on the water in the opening group with the German carding a best lap of 52.82 seconds to become the only racer to break the sub 53-second barrier.

Fourteen boats took to the water and Tobias Munthe-Kaas and Héctor Sanz Lopez were third and fourth.

Al-Tayer topped the times early in his second session, but the likes of Brent Dillard (above), Edgaras Riabko, Duarte Benavente and Daniel Segenmark were also into a competitive pace in the latter stages of their stint on the reservoir.

Dillard topped the times in the B session with a best time of 53.56 seconds amongst the 15 drivers.