The defending champions in Abu Dhabi 4 won the first of this weekend’s two races by 20 seconds from Australians Tom Barry-Cotter and Ross Willaton in Maritimo to regain the lead in the title race from the Dubai Police crew of Arif Al Zaffain and Nadir Bin Hendi who finished fourth. 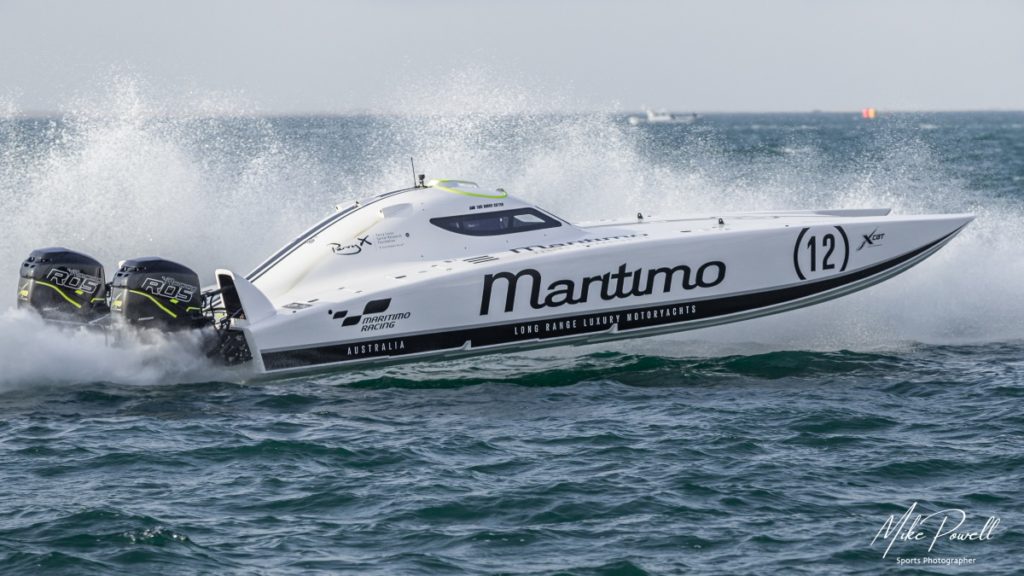 Torrente and Al Mansoori, who began the season with back-to-back victories in Italy, will now look to repeat that feat in Dubai and secure a second successive XCAT world crown by winning race two tomorrow in what promises to be a spectacular grand finale.

They had an early scare today when one engine stopped, but so did the race soon afterwards when Russia’s Mikhail Kitashev and Dimitry Vandyshev in New Star Racing crashed spectacularly in tough conditions on the first lap.

From the re-start, Torrente and Al Mansoori had no more problems, and they go into the final day of the season holding a four-point championship lead over Barry-Cotter and Willaton, with Al Zaffain and Nadir Bin Hendi another two points adrift in third position.

Finishing third on the day, a fourth podium finish in a row, Rashed Al Tayer and Majed Al Mansoori in Abu Dhabi 5 were at the centre of some of the most breathtaking action as they went head-to-head with Maritimo for a succession of laps, finally being overtaken on the last after a superb battle. 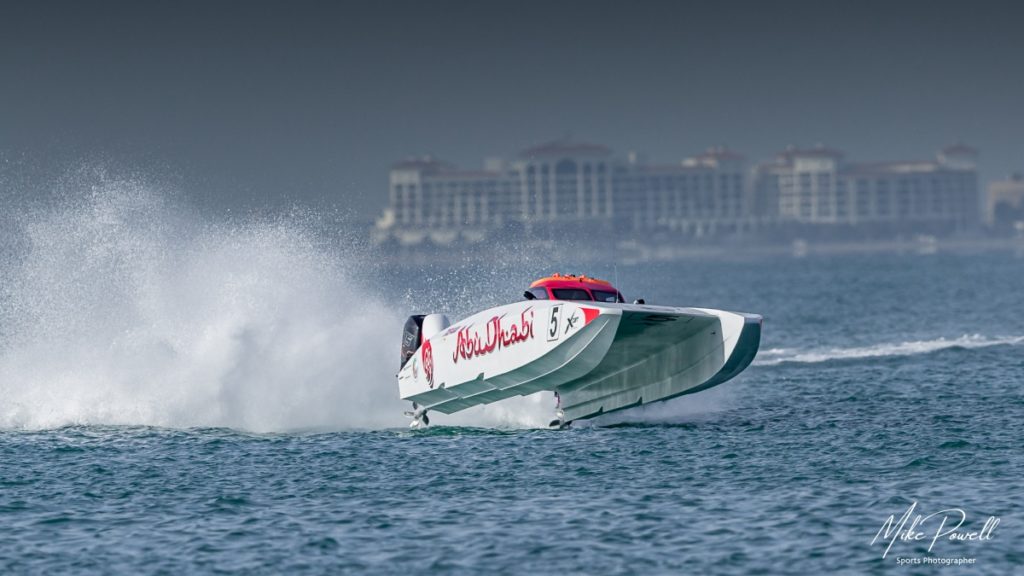 The Australian crew had earlier clinched the overall pole position world championship by topping qualifying ahead of the two Team Abu Dhabi boats, but the morning’s calm conditions had been replaced by wind and choppy waters by the time the race got under way.

A jubilant Al Mansouri said at the finish:

We had a problem at the start when one engine stopped.

But after the re-start, we just re-started the engine and got of well into a good position.

We had a good long lap strategy thanks to the radio man and the manager and that was very important.

We have never had an engine problem like that before.

We’re going to check it now but we had a good re-start and from there I just managed the race.

It’s still really close in the championship and we’ll just go for the win tomorrow.