After successfully competing in the Guernsey Gold Cup in June, the next stop for Windcraft Racing’s Wild Eleven will be the final UKOPRA meeting of the season at Cowes.

The event will take place on Sunday 25 August and Wild Eleven will compete in the Cowes 100.

With regard to that day, we will not join in the long course, Cowes-Torquay-Cowes, which is about 200 miles.

This is due to a lack of fuel capacity on board, so we will compete in the shorter race, 100 miles, and also in a different class of boat, which allows us to hope for a place on the podium.

But the team has a couple of adjustments to make to bring that prospect closer.

At the moment, I’m not satisfied with the top speed of the boat, especially in the Guernsey race.

The sea was flat calm, our average speed should have been higher.

I guess that the problem is coming from the propellers, so we are going to test different sets of props in order to increase our competitiveness for the Cowes race. 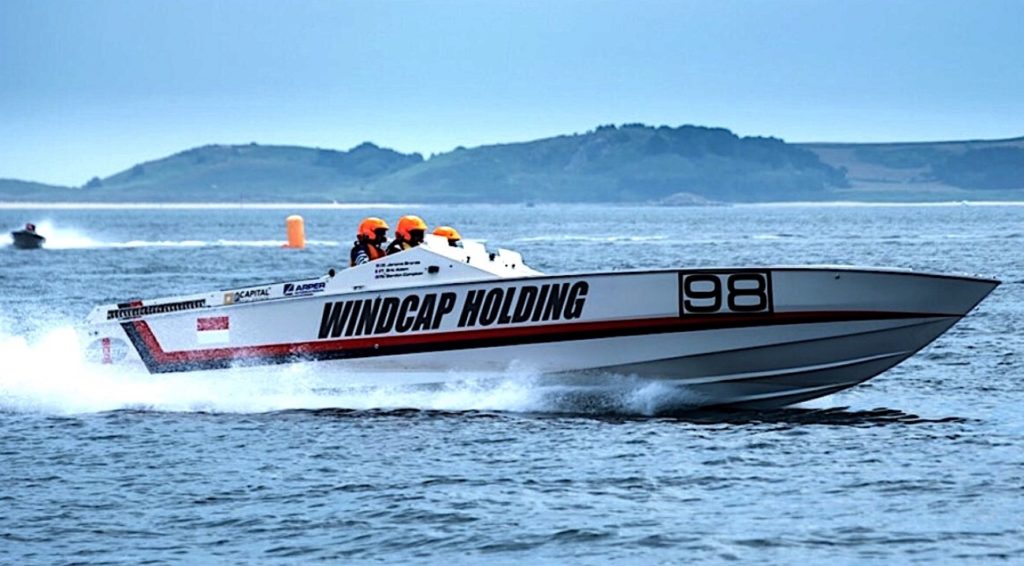 Brarda said he is hoping for a podium slot especially to give some satisfaction to the team’s sponsors — the original sponsor, Windcap Holding, and the sponsors who joined for the Guernsey race on 7 June, Monaco-based companies Capital Real Estate and Arper International.

Brarda added that Windcraft Racing intends to attempt to break two speed records when the UKOPRA racing season is done.

Brarda had more to say in an interview which you can read here.