Gianluca Carli won the 2021 Raid Pavia – Venice in only his second time in a UIM F2 boat.

The new competitor from Venice drove the boat formally raced by Hector Sanz Lopez and completed the course with an average speed of 164.11 kp/h. 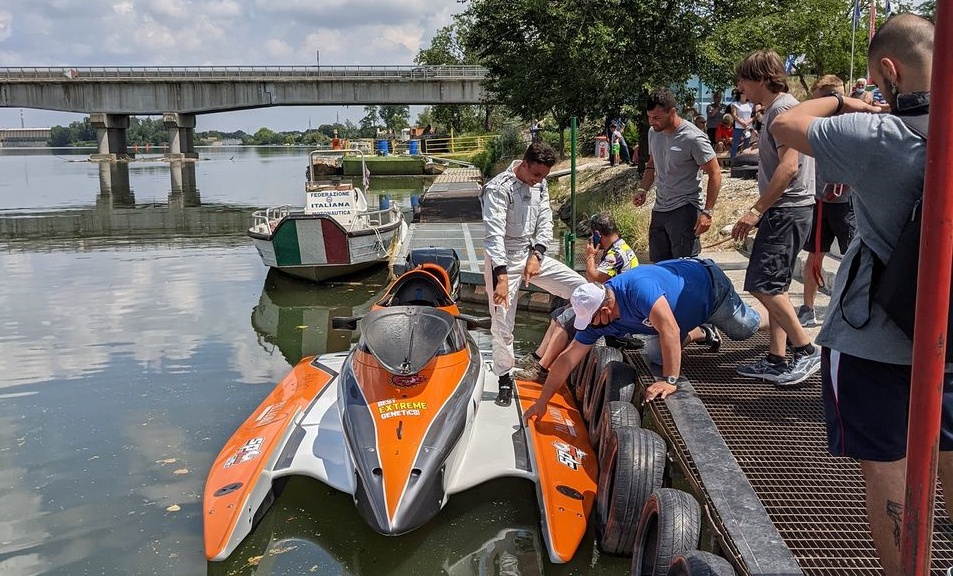 Due to the lack of rain in the area recently, the organisers were forced to start the race further down stream from Pavia at San Nazzaro.

Pre-race favourite, Guido Cappellini, experienced a technical issue that forced him out of the running after he had completed a 78 km run down the River Po over the first part of the course from San Nazzaro to Boretto at an average speed of 223 km/h.

Britain’s Drew Langdon overcame logistical issues getting himself and the boat to Italy, however, a gear selection problem denied him the chance to start the race.

Second place went to Paolo Romagnoli, while the team made up of Lorenzo and Andrea Bacchi placed third.

The 69th edition of the Raid Pavia – Venice was organised by the Pavia Motorboat and Venice Powerboat associations.