J. Michael Kelly from Bonney Lake, Wash., drove his U-12 “Graham Trucking” unlimited hydroplane to victory in the Columbia Cup after holding off his nearest competitor, Andrew Tate from Walled Lake, Michigan, in the U-1 “Delta/Real Track” for five laps on the Columbia River’s 2-1/2 mile race course on Sunday.

Prior to the start, Kelly had to settle for lane two after Jeff Bernard from Kent, Wash., in the U-1981 “Oberto Super Salami,” grabbed lane one.

But that didn’t fluster Kelly and he went deck-to-deck with Tate for several laps after the start until Kelly began to slightly pull way from Tate by several boat lengths.

I felt comfortable in lane two, the start was close.

I gave the gas an extra burp and it got me a little too close (to the starting line).

But we got through that lane 2 clean.

Bernard fell back by a quarter of a lap, but had to fend off Bert Henderson in the U-7 “Boitano Homes.” Jimmy Shane slipped into fifth with his U-6 “Miss HomeStreet” hydroplane.

Brian Perkins in the U-99.9 “Darrell Strong presents PayneWest Insurance” dropped back with Corey Peabody in the U-98 “Graham Trucking American Dream.”

Kelly and Tate continued their battle as Tate tried hard to keep it close.

At the end of five laps, Kelly won by several boat lengths.

Kelley said after the win:

We have a good boat, but we were unable to get over that hump.

We’ve just been throwing stuff at that boat all weekend and whatever our guys (crew) have put in there it just gets faster.

I have to tell you, this is some of the most fun I’ve ever had racing this weekend.

It’s really hard to pass anyone in unlimited hydroplane racing,

A second challenge developed for third and fourth, as fifth-place position driver Shane began closing ground on Bernard and Henderson.

By the last lap, Shane passed Henderson and as he closed in on the finish line, had passed Bernard by only a few feet, ending the race in third.

I just got washed down in that first turn,” said Shane, I was back too far on the start.

I thought maybe those guys were early to the start, but I was off on my timing starts.

All weekend long I was hitting my timing marks, then I’m off the final. And that first turn got really ugly.

The final order of the 54th annual HAPO Columbia Cup had Kelly the winner, in the U-12 “Graham Trucking,” second place went to Tate in the U-1 “Delta/RealTrac,” and third was Shane in the U-6 “Miss HomeStreet.”

Bernard had to settle for fourth in the U-1918 “Oberto Super Salami.” The field was rounded off with Henderson in the U-7 “Boitano Homes” in fifth, Perkins in the U-99.9 “PayneWest Insurance” was sixth, and last place was Peabody in the U-98 “Graham Trucking American Dream.”

Jamie Nilsen, in the U-11 “J&D’s presents Reliable Diamond Tool”, turned right after heading out on the course before the race and shut things down for a DNS. Shane, in the U-6 and starting in lane 2, hit the first turn ahead of Tate and the U-1 in lane 1.

Shane came out ahead on the Pasco side of the river and was never threatened for the victory. Tate pushed Shane for about a half lap before settling into second.

Brian Perkins in the U-99.9 sat in fourth for much of the race. But on the final lap, he passed Bert Henderson in the U-7 to place third. Henderson wound up fourth.

Lot happening in this race. First, Dustin Echols had to shut his U-440 “Bucket List Racing” hydro down during the pre-race milling period, collecting a DNS.

Then, Kelly in the U-12 crossed the starting line too soon and was assessed a 1-minute penalty. That gave Jimmy King in the U-3 “Miss Ace Hardware” a chance for a first-place finish.

He would have had it, but on the final lap the boat threw a propeller and did some serious damage to the boat. Instead, King got a DNF and the team had to withdraw from the race.

That gave Bernard in the U-1918 the heat-win. Peabody in the U-98 finished second, while Kelly ended up in third.

Shane won again in the U-6, but he had to overtake Kelly in the U-12 on the first lap. Kelly had made it into the first turn and came out ahead of the pack.

But after Shane took the lead, he built a four-boat length lead by the third lap. Kelly finished second, while Tate – who stayed out of the fray from the start – was third in the U-1. Bernard, driving the U-1918, placed fourth, while Nilsen finished fifth in the U-11.

Just a three-boat race, as both the U-3 and the U-440 withdrew from the race after their third-round heat races.

Henderson had this one from the get-go, getting to the first turn ahead of the field and out again in the U-7. Perkins in the U-99.9 finished second, while Peabody was third in the U-98. 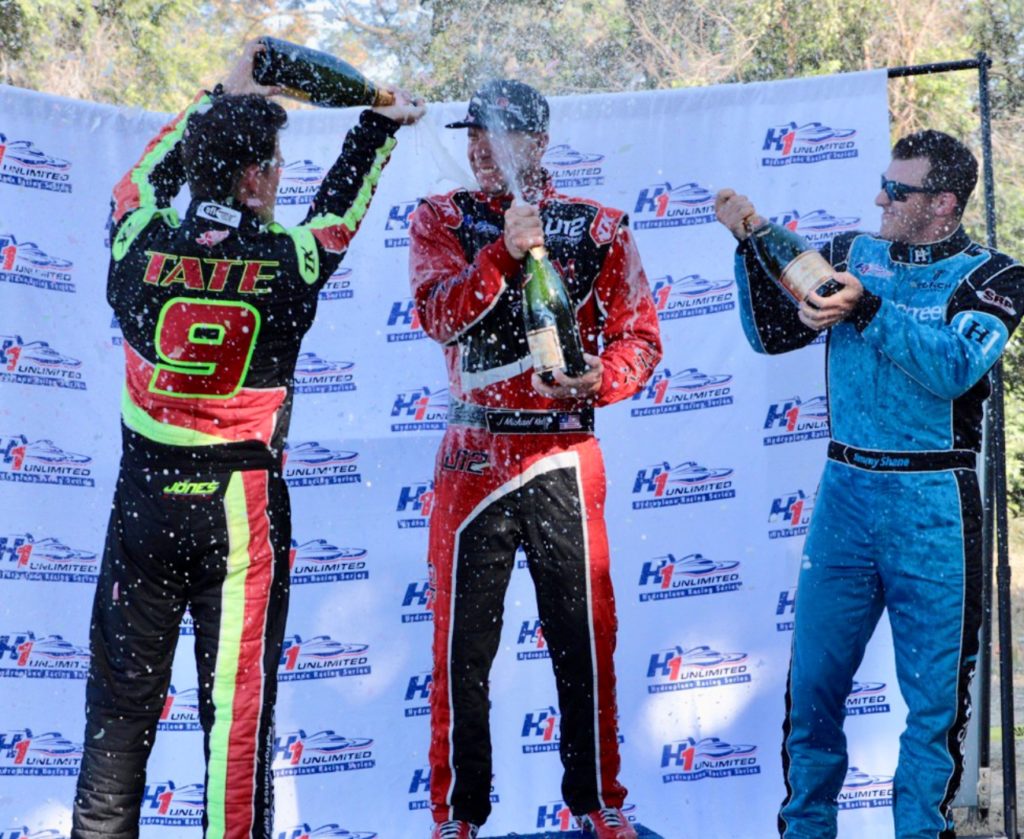