Race World Offshore (RWO) set a new stage for World Championship racing in Key West, conducting a high performance week that drew 28 teams to the Southern Most City in the United States for 3 days of competition.

This full-throttle legendary venue always demands the ultimate in skill from contenders, mixing calm and rough water conditions into a true offshore experience.

The most difficult sections of the 4.48 mile race course stretched between Turn 1 and 2 as boats then head North into the wind and the dicey Turn 3 in the harbor. 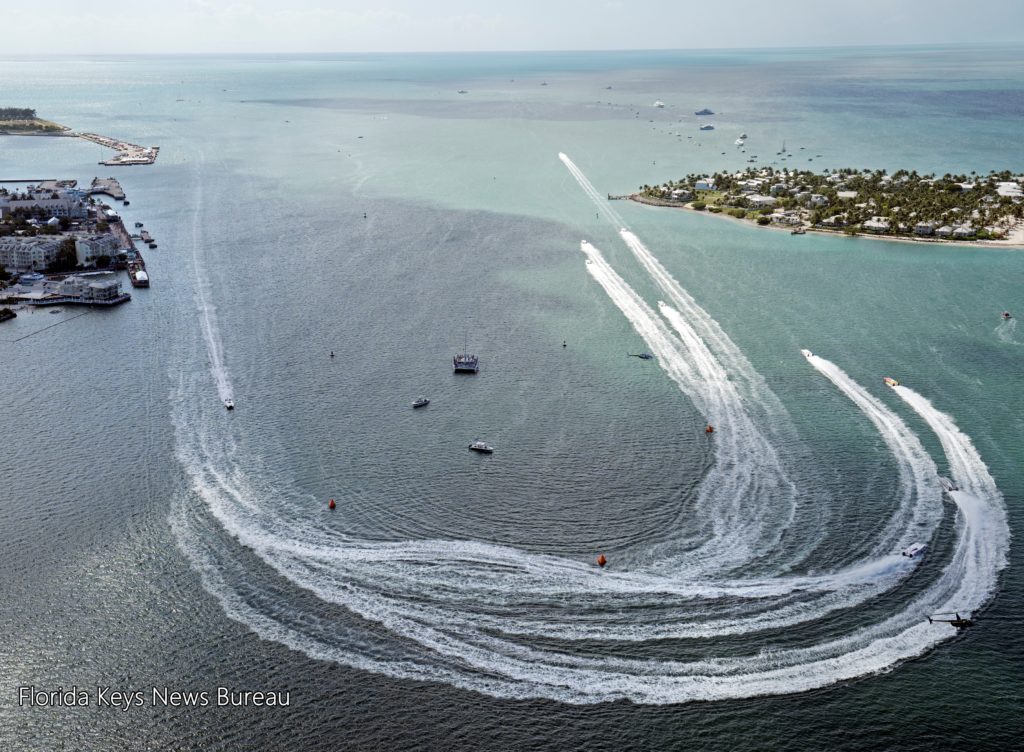 As multi-titled throttle-man John Tomlinson once told me:

If you can get through three days of racing, it’s a rewarding way to end the year.

And just what is it that makes the Key West event so special?

Race week is the place for every high-performance enthusiast to be.

Along with the intense competition, you get to see a lot of people.

Anybody that’s anybody in the boating world is there.

The now retired champion (whose racing career dates back to the 1980’s) can’t stay away from the action: he made the trip south and stepped up to the mike as a part of the broadcast team last week.

So, when the calendar flipped its pages to November, the eclectic mood that permeates this Florida Keys global destination accelerated into a highly fuelled liquid speed track as the top offshore contenders vied for the ultimate prize all racers covet: a World Championship title.

It was the Super Stock Class that delivered a series of catch-your-breath moments as the green flag signalled the start of the 2019 event.

Wednesday’s Race 2 unfolded with a deck-to-deck flip with Team Allen Lawn Care and LPC in Key West Harbor that left fans blinking their eyes in disbelief, taking the pair of top contenders out of the chase.

During Lap 3 of the Super Stock contest Friday, Reese Langheim and Ricky Maldonado (below) took Jackhammer airborne, knocking them out of competition. The best news, all three teams didn’t sustain life threatening injuries. 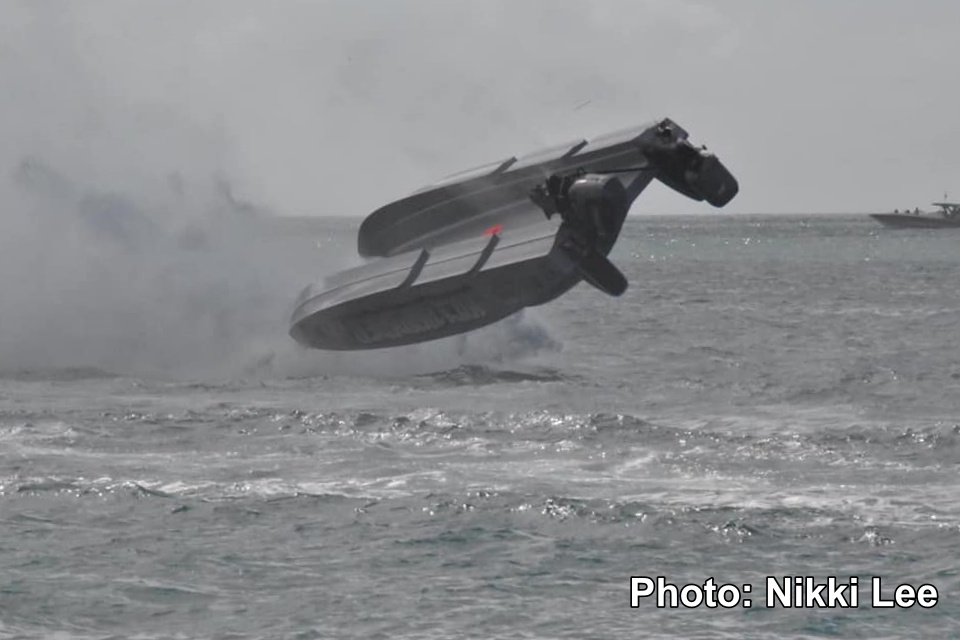 Showcasing a slimmed down fleet of seven boats, Rob Unnerstall and Casey Boaz held the advantage heading into Sunday’s final double point race as the team powered CR Racing to first place for Wednesday and Friday.

Now, it was game on for a stunning Super Stock contest. 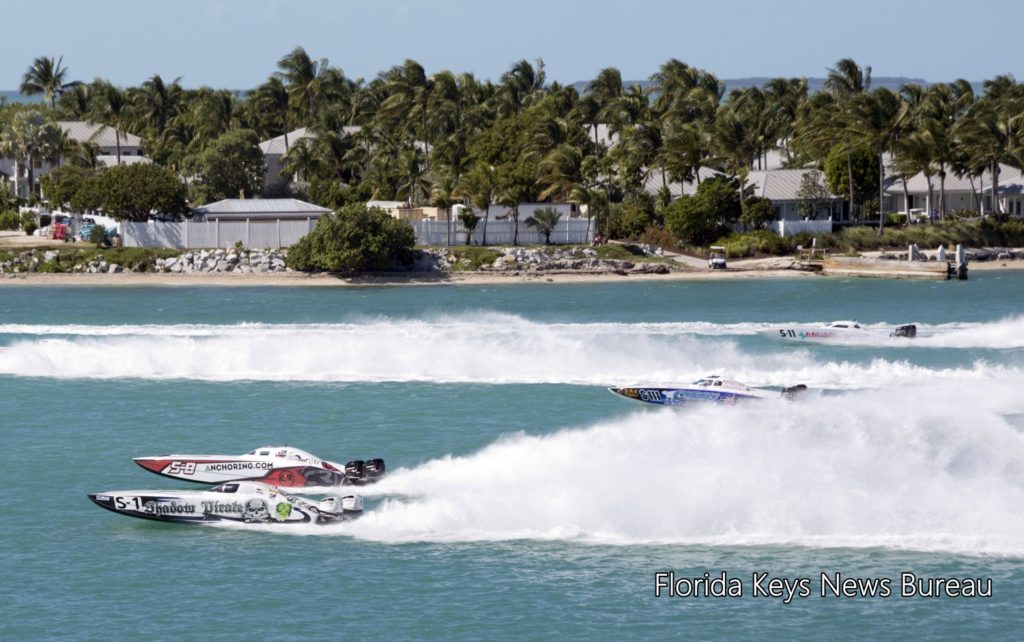 At the start, Loren Leibel and Gary Ballough took FJ Propeller to a short-lived lead (“the new Victory hull has been a learning curve this year,” Ballough said), while Myrick Coil and Rusty Williams powered ahead in Performance Boat Center. Unnerstall and Boaz set their sights for the number one slot, blasting CR Racing to the front of the class, while Nick Scafidi and Scott Porta aboard Shadow Pirate were in hot pursuit, making their way up through the lap traffic in an impressive effort to seize the lead.

Sunday’s final race set the stage for a Super Cat clash that showcased the talents of veteran racers who know the challenges of Key West racing.

Billy Mauff and Jay Muller of WHM Motorsports accelerated to the front of the pack, leading most of the race until Marty Siersma and Mark Kowalski in Dependable Offshore Racing took aim for Mauff and Muller.

Dependable Offshore Racing delivered a commanding presence on the water, running hard and staying within seconds of WHM Motorsports.

The intense competition triggered a near flip for Siersma and Kowalski between Turn 1 and 2; although Dependable Offshore Racing was able to stay right side, the team never regained its momentum to stay in the chase.

At the end of the day, WHM Motorsports (below) clinched the Super Cat World Championship title by 3 points. Pro Floors Racing placed second and M CON rounded out the top three.

Billy Mauff and Jay Muller raced WHM Motorsports to the top of its class winning the Super Cat World Championship.