Starting from fifth on the grid, Lundin sat behind his 2016 Championship rival, Erik Edin, looking for any opportunity to pounce on his prey.

Lundin’s opportunity was handed on a plate, Edin rolled his McDonald’s sponsored Molgaard hull over and gave his fellow countryman not only a French GP win but the 2016 World title. 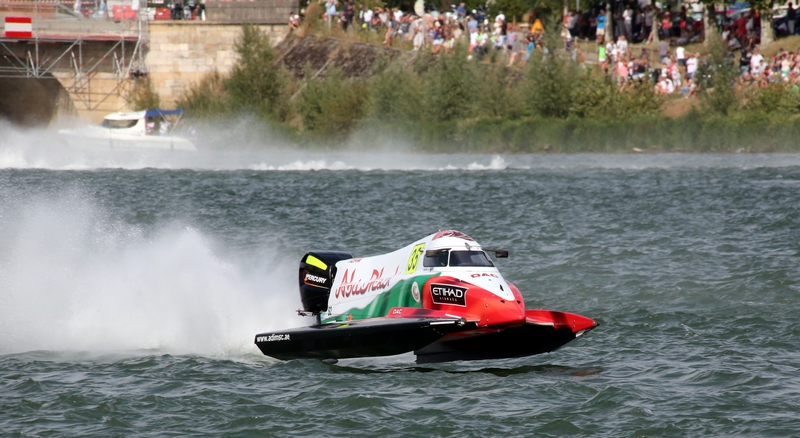 The Emirati started the race from fourth and produced one of the finest performances of his career to finish the race in second position and claim a first ever podium finish for the team in the UIM F2 World Championship.

Team Manager Guido Cappellini told me after the race;

Al-Qamzi has the potential to be a future World Champion, physically he is ready, we need to continue to work with him on mental strength.

Mette Bjerknaes had qualified superbly for the race, but she retired after seven laps;

I was enjoying the race, to start from third position was a whole new territory for me, after battling with Matt Palfeyman, I had major problems with my steering. At least I can take a lot of positives home with me to Norway.

The series concludes at Ribadouro, Portugal in October. 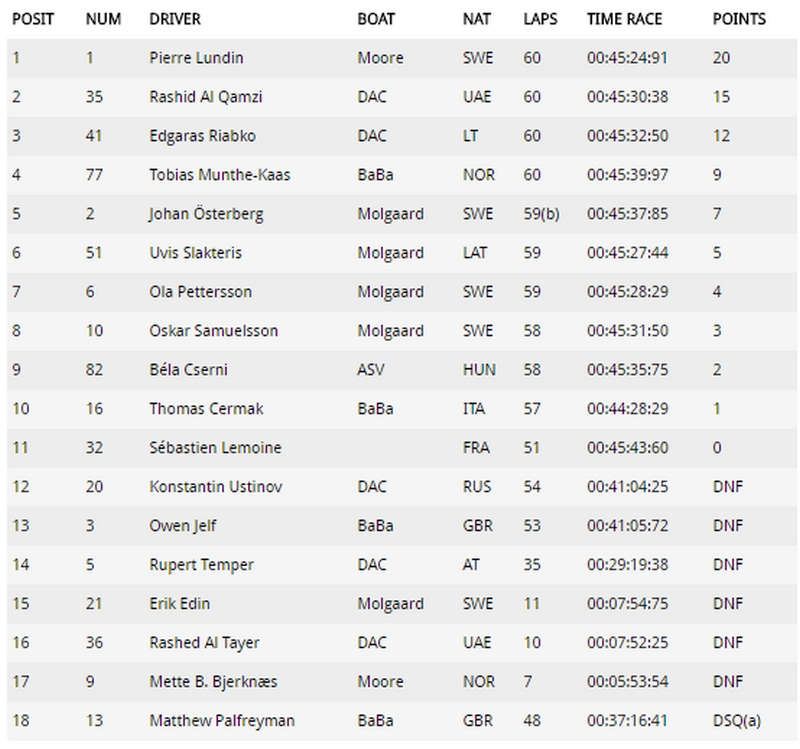