The largest fleet of the six race APBA Offshore Championship Series converged on the coast of Southwest Florida, churning up the Gulf of Mexico with a high powered performance at the inaugural Roar Offshore last weekend.

Throughout the day, dramatic game changers in 2 different classes – Super Stock and Super Cat – generated surprise endings that no one saw coming.

Although Larry Pinegar and Billy Allen aboard Team Allen Lawn Care & Landscaping overwhelmed the pack with a stunning lead, their 32’ Doug Wright ran out of fuel during the final lap. 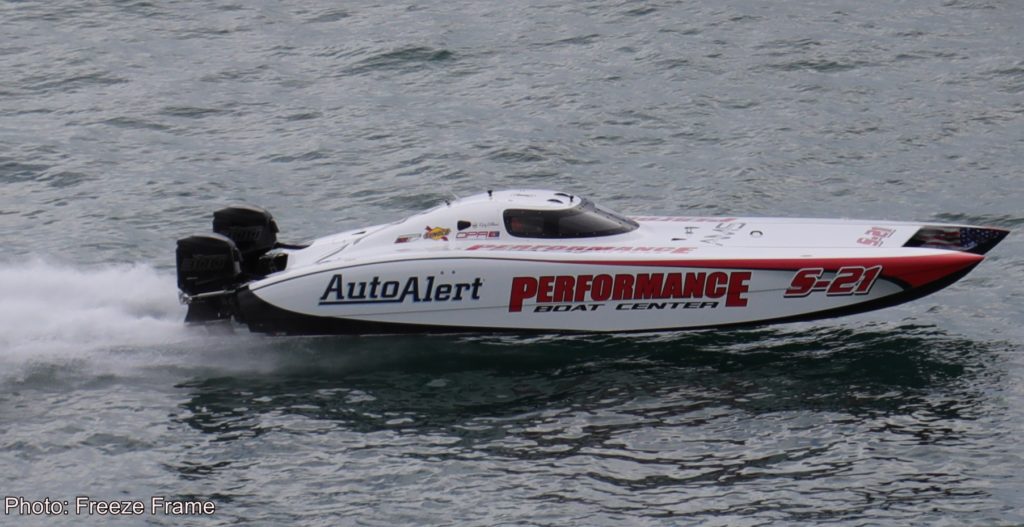 As they powered into second place, Performance Boat Center proved that winning a championship is all about consistency: with their second place race finish, Williams and Coil had scored enough coveted points to clinch the Super Stock National Championship title without capturing a single checkered flag during the series. Mike Bethan and Todd DeFilipp completed the podium in Wicked Powerboats.

Aaron Hope and Anthony Smith appeared to have nailed their set up for AMH Motorsports as the 38’ Skater grabbed an early lead in the 12 lap Super Cat clash. However, on Lap 10, the team dropped out of the race with mechanical problems, paving the way for driver Wayne Valder and throttleman Grant Bruggeman in Pro Floors Racing to gain first place, while Billy Mauff and Jay Muller powered WHM in second. Myrick Coil and John Tomlinson with Performance Boat Center rounded out the top three.

It was a super charged victory for Pro Floors Racing as Valder and Bruggeman captured the Super Cat National title and garnered some interesting stats along the circuit: the team clinched the first win of the series in Cocoa Beach and wrapped up the season finale at Fort Myers Beach with a checkered flag.

Saving the best for last, Race 5 featured over-the-top drama competition as Class One ignited the course from start to finish. Darren Nicholson and Giovanni Carpitella of 222 Offshore jumped the start, prompting officials to Red Flag the race. Then with a re-start and 12 laps down from 13 due to fuel concerns, it was game on.

The raced belonged to a trio of 41’ Victory designed and built catamarans – Victory #3, 222 Offshore and Victory #33 – all equipped with Mercury Racing 1100 Comp engines.

Although Nicholson and Carpitella accelerated 222 Offshore through the backstretch dog leg that, at times brought them within a boat length of Victory #3, the straightaway proved their nemesis. Salem Al Adidi and Eisa Al Ali crossed the finish line first in Victory #3, followed by 222 Offshore in second. Erik Stark and John Tomlinson rounded out the class podium with Victory #33. 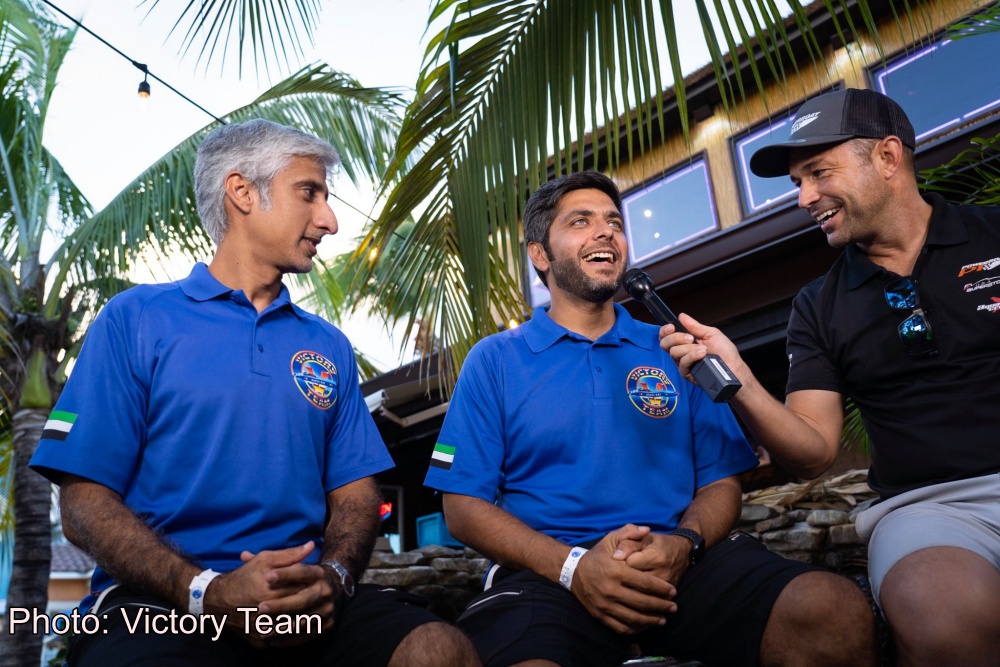 Salem Al Adidi and Eisa Al Ali took the words intense competition to a new level as the Victory #3 team clinched the Class One National Championship by 1 point.

It’s been a good partnership between P1 and OPA.

It’s been a team effort between P1 & OPA staff, race producers and racers.

It’s all about improving the sport and taking it to the next level.

You can feel the momentum.

We are going to continue pushing it forward.

When I asked what’s on the horizon, he said:

I am very excited about 2020 and looking forward to running another 6 race series.

We are building a following.

This is a long term strategy.

We are willing to put the time and effort into it to keep it going.

The hard work is paying off.