Lady Violet Aitken passed away at her home in Lambourne this evening with her daughter Laura by her side, she was 94.

When her husband Sir Max Aitken, organised the first Cowes to Torquay race in 1961, the young ‘Lady’ was already a fan of high speed boat competition having viewed the 1956 Miami-Nassau powerboat race.

For three decades after the start of ‘Offshore Racing’ in Europe, Lady Aitken had raced various boats, anything from a revolutionary Sonny Levi Class 3 catamaran to a Fairey cabin cruiser. 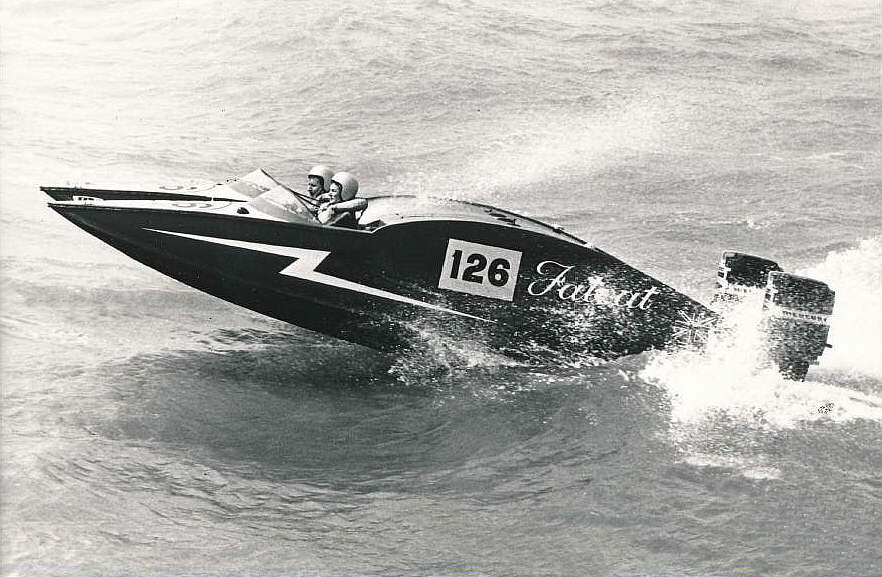 In one of her last Offshore races in 1988, Lady Vi raced with her daughter Laura in a Steve Baker designed, Mercury outboard powered Phantom 28′ when she tackled a punishing London to Brighton in a force six gale.

Lady Aitken obituary from The Times

She was born Violet de Trafford in London in 1926, the third of four daughters of Sir Humphrey de Trafford, Bt, a racehorse owner, and his wife, Cynthia (née Cadogan); her two older sisters, Dame Ann Parker Bowles and Mary Bowes- Lyon, predeceased her, while a younger sister, Catherine Walwyn, survives.

She was brought up in Royston, Hertfordshire, educated privately and by the end of the war was working as a secretary in London.

In 1951 she married Sir Max Aitken, Bt, DSO, DFC, a former Conservative MP who succeeded in the peerage on his father’s death in 1964, but disclaimed the title three days later insisting that “there shall be only one Lord Beaverbrook in my lifetime”; he did, however, retain the baronetcy.

She is survived by their children, Maxwell, the third Lord Beaverbrook, who retired as commandant general of the Royal Auxiliary Air Force in 2019, and Laura, a writer whose daughter Lucci also shares her grandmother’s passion for powerboat racing. 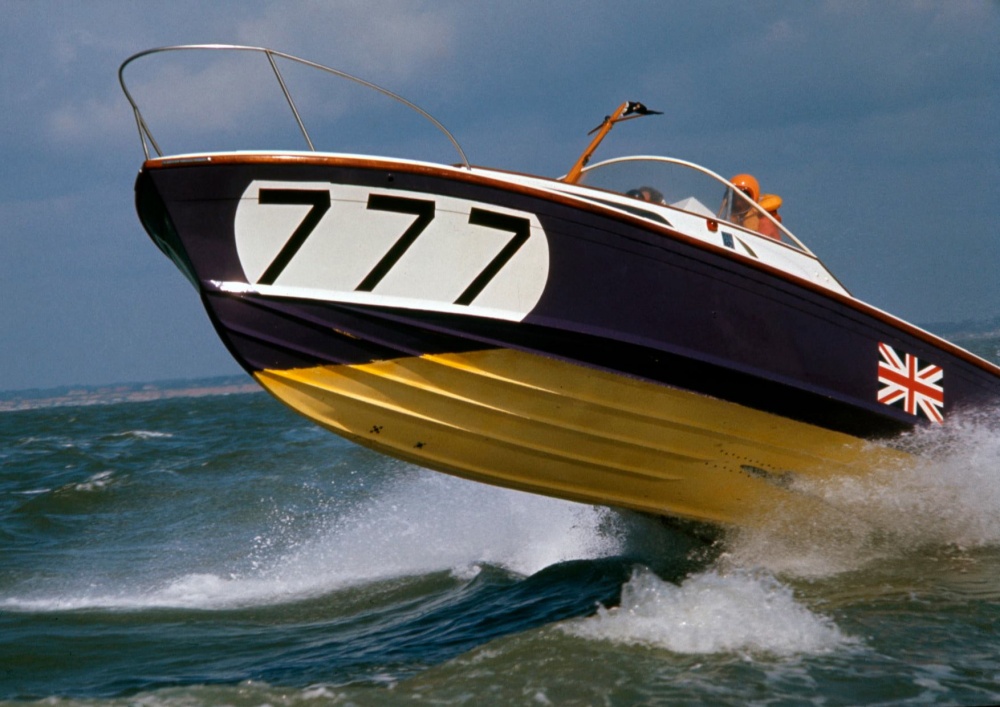 By marrying a man who was twice divorced Violet fell foul of the Catholic Church and for many years was a communicant of the Church of England.

About ten years ago, she returned to Rome and began attending Mass regularly in the Berkshire village of Lambourn where she had lived with her West Highland terrier for the past 15 years, often hosting parties at her home.

Aitken, who enjoyed a whisky and soda, was always impeccably turned out. Her sporting interests extended beyond powerboat racing. Back on dry land she enjoyed skiing, followed Formula One motor-racing at Silverstone, another event in which her husband had been a prime mover, and took a great interest in National Hunt racing.