A Fantastic win for the ARIF AL ZAFFAIN and NADIR BIN HENDI of the Victory Team after a clear start and maintaining the lead throughout the race reach speeds of up to 160 Kmh making it 3 Wins in a row. The first and only penalty of the race was given to boat number 22 CARPISA YAMAMAY for destroying a Buoy on one of the turns on the circuit.

After the teams completion of 2 long laps saw the positions stabilize with Victory Team in 1st place, Abu Dhabi Team in 2nd and Gold Coats Australia in 3rd. Around Lap 11 we saw boat number 6 pull out with possible mechanical issues.

After Victory Team and Abu Dhabi Team completed their final long lap, Gold Coast Australia came out of nowhere to pass RASHED SUHAIL AL TAYER and FALEH KHALFAN ALMANSOORI of Abu Dhabi Team and slot themselves into 2nd place, it was a magnificent lap from TOM BARRY COTTER and ROSS WILLATON of Gold Coats Australia making up so much time to achieve the second place position being only 6 seconds behind the leaders.

There was a great battle going on in the background with MIKAEL BENGTSSON and ERIK STARK of Swecat and PAL VIRIK NILSEN and BRETT LUHRMANN of Team Australia with SHAUN TORRENTE and MIKHAIL KITASHEV of the New Russian team New Star not giving up for a 4th place.

It was Team Australia that took 4th place and SALEM AL ADIDI and EISA AL ALI of the Dubai team taking 5th place leaving us with a final battle between in the New Star and Swecat giving us a nail biting finish with a neck and neck burst right to the end where Swecat finally took 5th place by a nose.

It was a terrific performance by both teams as Swecat was nearly a no starter due to the crash with Lady Spain in the Practice Run earlier today. New Star should be very happy and pleased to make it in the top 6 at their Debut Race here in Beautiful Lugano.

All in all it was a fantastic day, a brilliant week at a beautiful location, there awesome action, some ups and downs, but what was great to see was the support of the local and international fans that came along to watch the events throughout the week.

The main race attendance came in at 15,000 people who lined the shoreline and enjoyed the day.

Official Results For The 2016 Lugano GP are: 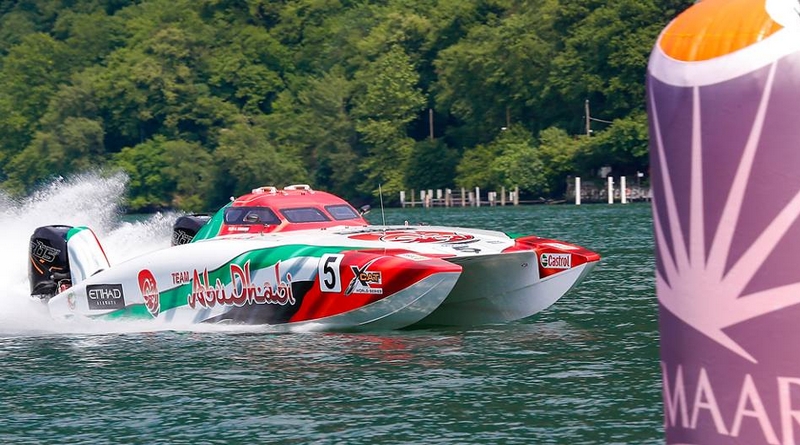