At the podium celebrations held at the Fisherman’s Wharf complex, Wilby was amazed with his achievement and simply said:

I am currently speechless!

Carando lead the Championship after the first day, however, he had seriously damaged his boat after a coming together with Aussie, Campbell Jenkins in race 3.

The hard charging Italian racer was heart broken to hear on the Sunday morning that his boat was not fit to race in the final 3 heats, and his championship was over.

Aabrhams, took two heat wins and always looked a threat, while using his smooth driving style, in the end, he had to settle for third overall. 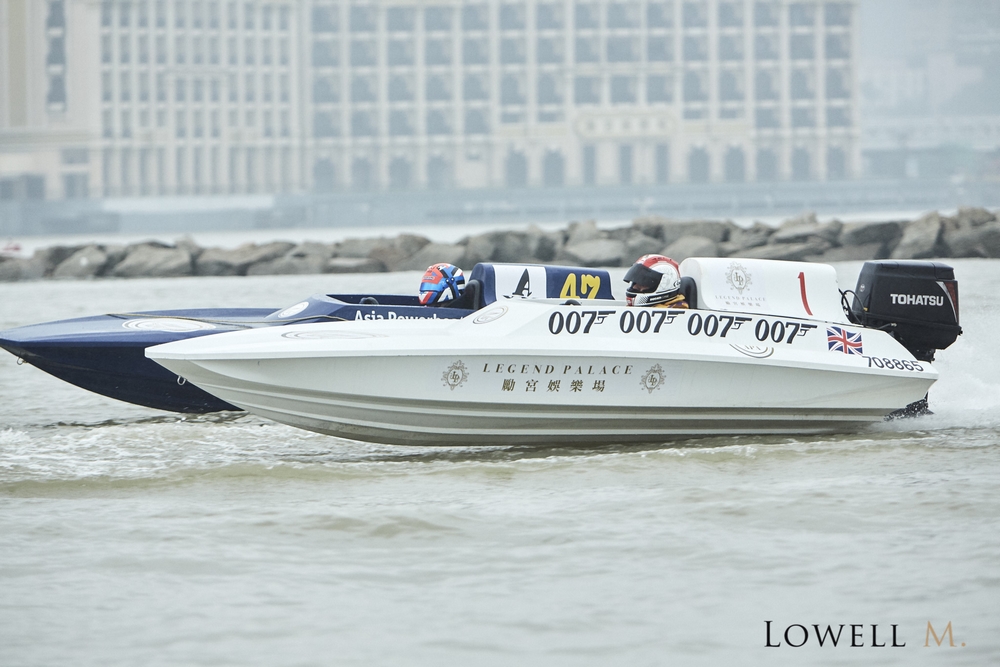 Close racing for Aabrhams and Jennings

The veteran racer travelled to Macau with one intention, to win.

He qualified second on the grid, and then started to tame the Legend Palace sponsored hull during the first 3 heats.

Jennings experienced a number of hooks which lost him time and his fourth place overall on Saturday was a reasonable reward for his tenacity.

His heat 4 win on Sunday was remarkable, starting from last, due to a reverse grid being used, he fought his way through all the fleet using his skill and experience.

Although that heat win would be the last of Jennings’ miracle working, a third and fourth in the final heats put him out of contention and he told me after:

It really was one step too far, I had to work against handling issues and deal with starting from the back.

As Wilby prepared to make the long trip back to England as an Asia Powerboat Champion, the other 11 racers knew they had won too, for they had experienced a totally unforgettable weekend, on and off the water. 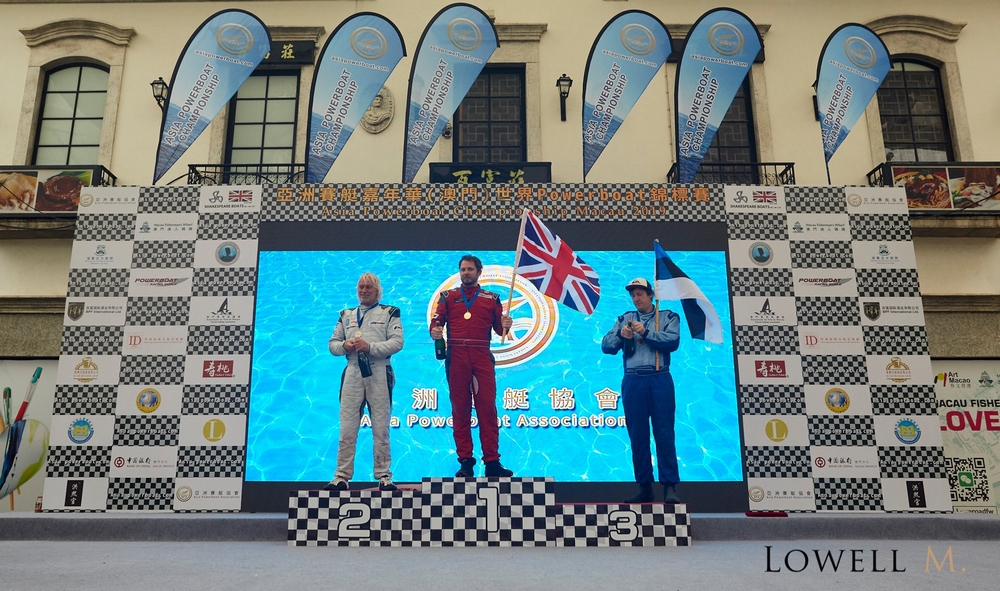