Skip to main content
Close Search
Back in Bermuda

The 2022 Bermuda Power Boat Racing Association season powerboat will officially get under way at Ferry Reach this weekend.

Competitors will all be keen to lay down an early marker in the senior and youth powerboat classes and jet-ski league after the start of last season was delayed from April to June owing to the Covid-19 pandemic. This resulted in the BPBA’s 2020 season being cancelled. Last year saw the relaunch the BPBA’s junior programme, which proved to be extremely popular among race fans, while the jet-skis returned from an eleven-year absence. The association also introduced a cash prize incentive for the top three adult teams in each race for the first-time.

Robert Cardwell, who was returned as Commodore during the BPBA’s annual meeting in January said

The 2022 powerboat racing season is upon us, and we have the first Ferry Reach race planned for this coming Sunday. We will have Junior GT15 races followed by jet ski and powerboat races. We hope to run the usual A, B, C, D and S classes. Our teams are hustling to get their boats ready, and we are hoping for a good turnout.

Last year the junior season was a huge hit and Cardwell is looking to increase this and also expect more jet skis to sign up to race through 2022. They have also planned to have a race from Cross Island, Dockyard, in June.

Amongst those juniors taking to the water this weekend will be thirteen-year-old Tristan Hocking. Last season he reeled off a string of wins in his age group competing in the GT15 monohull class at Ferry Reach during the summer relaunch of the Bermuda Power Boat Association’s junior programme.

I have really enjoyed the powerboat season and I’m proud of my performance throughout the race weekend. We did not have the opportunity for a lot of seat time in the boats before we started racing, so we were trying to find its limits in all types of weather conditions. I felt the boat leave the water quite a few times.

Earlier this year he represented the Royal Bermuda Yacht Club competing at the Optimist European Championships in Cádiz, Spain.

I like boats and being out on the water and saw both sports as being an opportunity to get out and be competitive on the water more. Racing is racing. The boats might be different, but you are still reading the wind, waves and looking for the fastest way to finish the course. I enjoy them both equally and for distinct reasons. In sailing, I enjoy the strategy and being powered by nature, and in powerboats I enjoy the speed, quick reactions, and adrenalin rush.

Meanwhile, the BPBA has donated $3,000 to St John Ambulance in appreciation for the services provided throughout the season.

We are incredibly grateful for St John’s support of the BPBA, being at our race days and always at the ready. The ambulance crews working on our side-lines are part of the BPBA executive team and are always constant professionals. We make this $3,000 donation to St. Johns as a sincere thank you for all the support the BPBA has received in the past and will receive in the future facilitating offshore power boat racing in Bermuda. Safety for our participating race teams is paramount to the BPBA executive and always at the forefront of every decision. We have over the years demonstrated this with some of the tough decisions we have had to make. 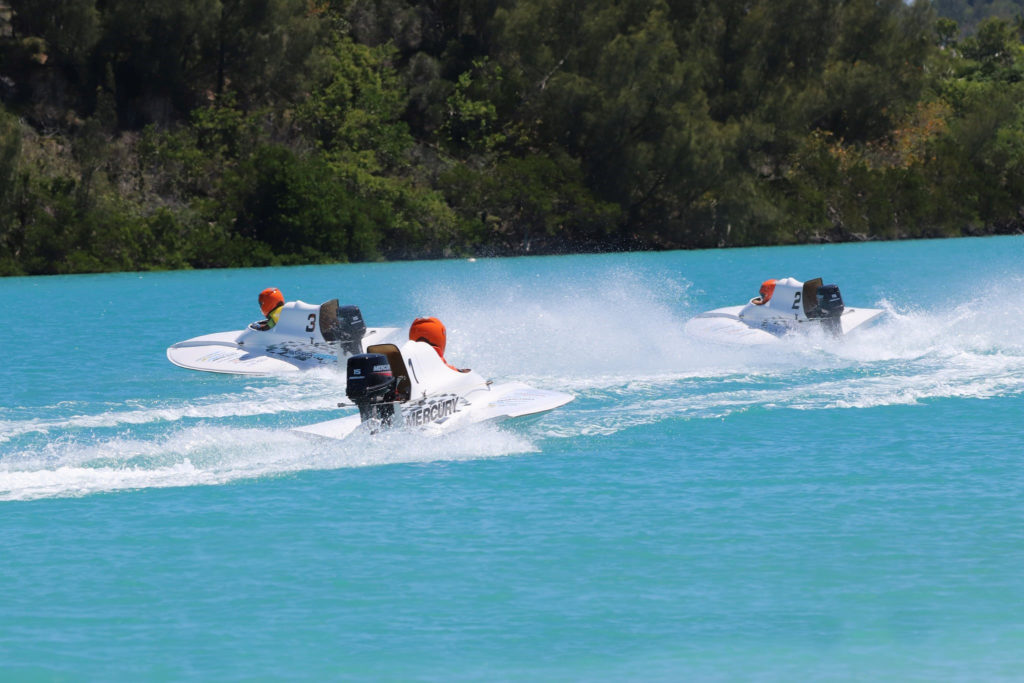