With soaring prices for petrol, much less race fuel, and the ongoing challenge of sourcing OEM cast-iron heads, the 400-Class teams competing in 2022 Australian V8 Superboat Championships have been looking for a solution ahead of the new season. Some teams have converted their motors to run methanol fuel (as per the Unlimited category), and others using aluminium heads. This has led to a mix of packages entered for the opening round.

Discussions pre-season saw a decision to take a vote on whether the new systems would be included within the outright 400-Class points, or whether those teams would contest a separate point score, a vote amongst competing teams on Saturday night seeing the majority call for all boats to be included in the outright points as performance differences were not judged to be a factor. Post-event however a decision was made to call the result provisional until all stakeholders (including those not present) were consulted, so at this stage, the result remains unofficial.

Not surprisingly, the season started much the way the 2021 season closed – with arch-rivals (and great mates), Jody Ely and Justin Roylance going head-to-head, before Roylance was side-lined late on Saturday with issues with his new system.

Methanol burning in the exhaust pipes at low revs melted data lines in the back of the boat, a hasty welding job in Sam Everingham’s nearby workshop extending the tailpipes beyond the top of the boat to allow the team to carry on into Sunday’s finals.

Sunday morning saw Roylance return to the top of the timesheets, his 44.481 ultimately the fastest of the day, Ely half a second shy with Brett Thornton and Brendan Doyle (#4) battling over the final place on the podium ahead of Thornton’s Q5 retirement.

With just six boats remaining, the first elimination final was dropped, teams instead going into the final six battling to make it into the final.

Daniel Warburton carded his best run of the weekend, with Danny Knappick (#45) showing ongoing signs of his improvement – the benefit of more miles under his belt since the June 2021 event – the former ski racing competitor finding four and a half seconds over his June best to join Ely, Roylance and Doyle in the final, officials extending the final to four boats to allow both 400-Class variants an opportunity to score points ahead of a final decision on the category’s future.

In the first elimination final Roylance grabbed too much bank and then suffered with a clogged jet unit in the final.

Ely was the last boat out, Roylance had posted a 44.864 to Doyle’s 47.345 and Knappick’s 49.295. It was Ely though who produced another stunning lap on a rotation that clearly suits his ‘Jetspeed’ hull, his 44.653 was a full half second faster than his June 2021 lap to put him two tenths clear of his rival and onto the top step of the podium. 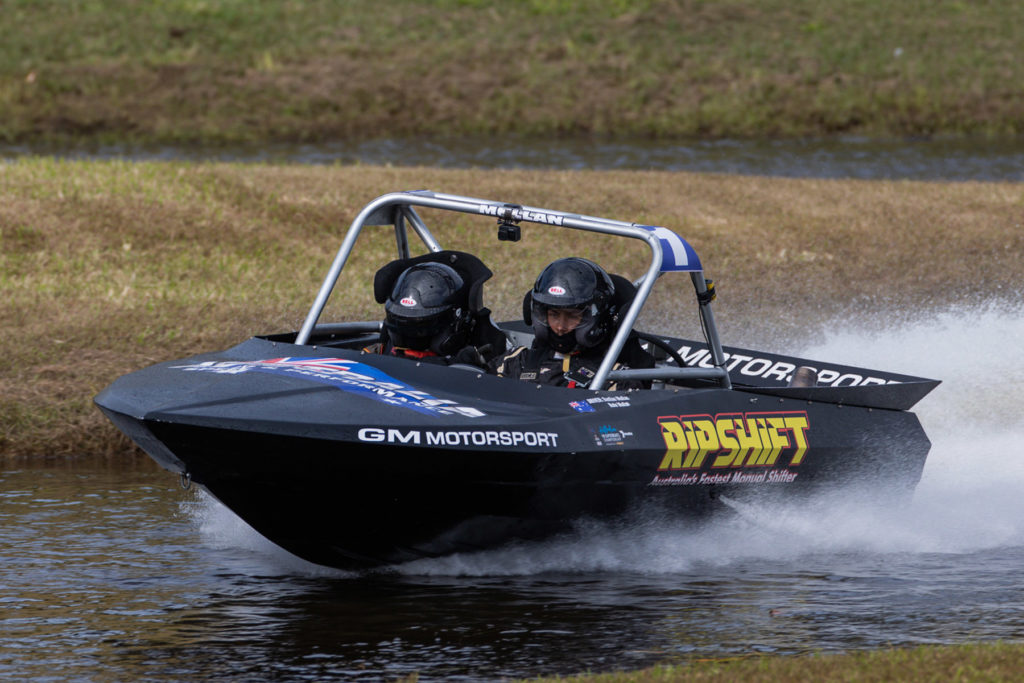 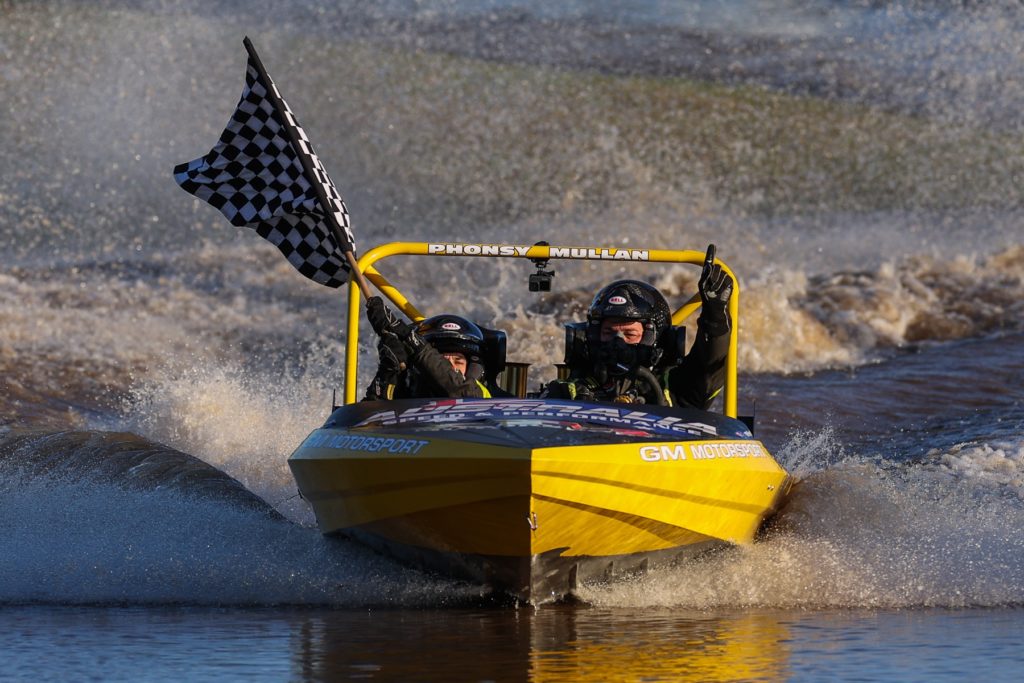 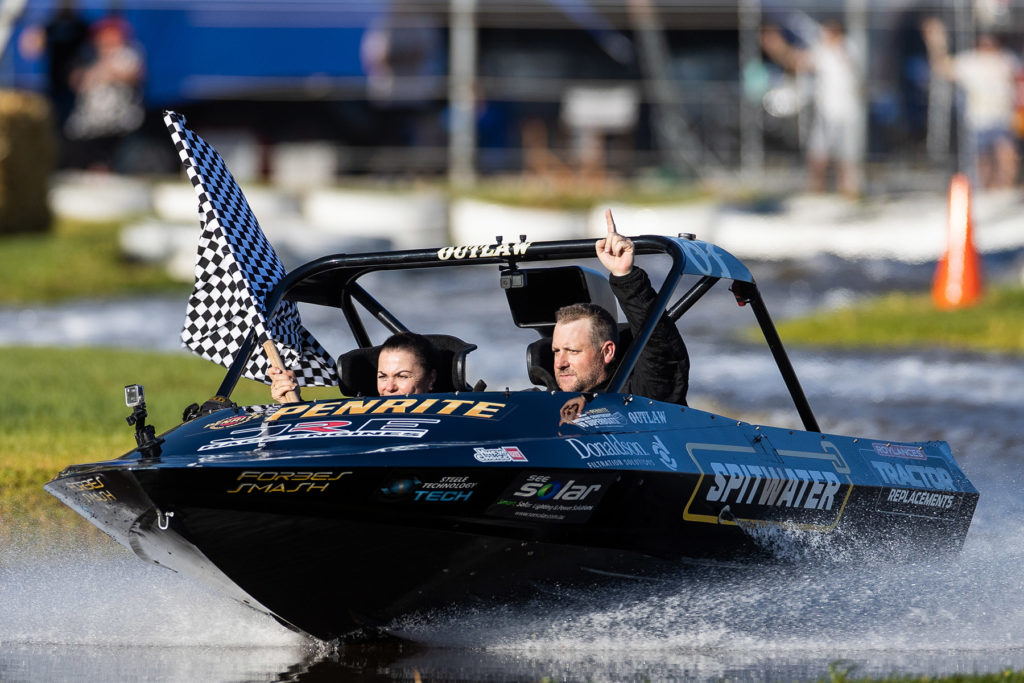 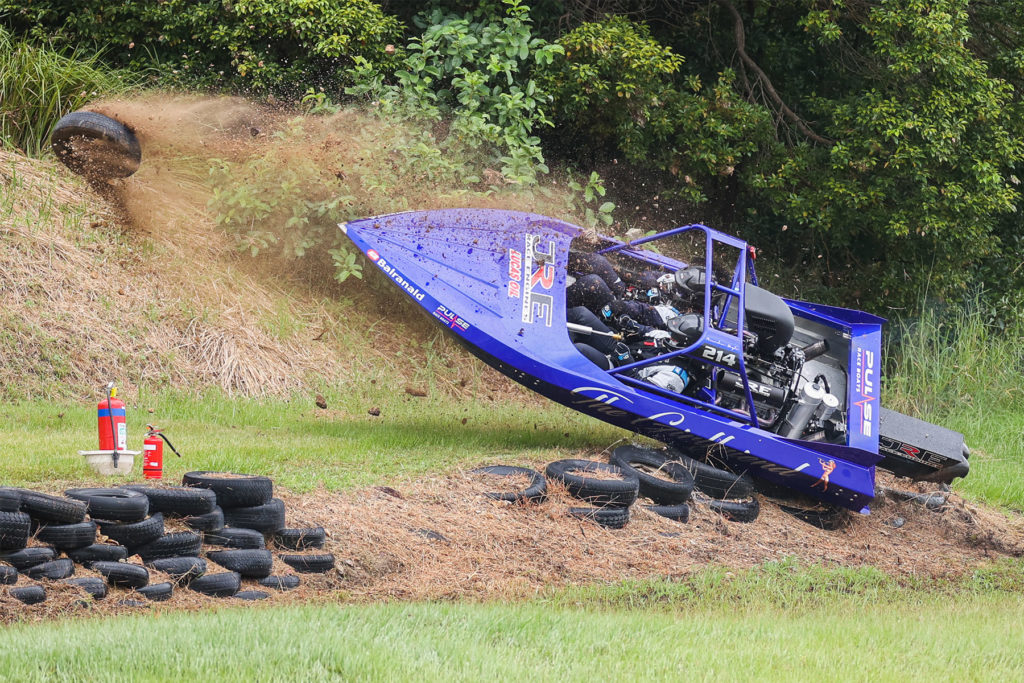 Outlaw Out in Front
More on