All this week teams have been travelling across Europe on route to the traditional Andalusian town of Benalmádena on Spain’s Costa del Sol for the opening round of the 2022 UIM Pleasure Navigation World Championship.

First into the pits were the team of Hagen Jerzynski and Stef Scheepers from Berlin.

Driving to Benalmadena was a 3000 km journey. We had allowed three days to complete it, but things went so well that it only took us two. With no trucks on the roads because it was Easter Monday, we managed 2000 km on the first day and the remaining 1000 km the following one.

Having previously raced with a Cougar 27 Sportracer, where their best result in Class B300 was a fourth-place last year in Italy, Jerzynski knew it was time to purchase a new boat. So, this year they will race a Spanish built Graünner Stilette 27R.

It was a simple decision to make because my old boat was too slow. We just want to win sometimes.

Jerzynski is well used to finishing on the top step of the podium as he is the reigning UIM P750 European Champion and finished third overall at the last P750 World Championships.

Before the pandemic struck, they were in South Africa competing in the toughest inflatable boat race in the world, the 32rnd Trans Agulhas Challenge.

Prior to teaming up, Scheepers and Jerzynski actually competed against each other in P750 where both have been German Champion.

When you can race a P750 ThunderCat in the waves as high as truck everything else is relatively straight forward.

Since the team purchased the Graünner hull, which they have named ‘Chica’ not even the icy freezing weather condition in Germany have stopped them training, even venturing out in snow flurries to set the boat up.

As long as the water is liquid then we train, otherwise you won’t win a world championship.

Having now reduce the engine from three hundred horsepower to 250 hp, due to the weight rule of 4.9 kg per hp, they have removed nearly 250 kg from the boat. Scheepers told PRW that it really improved the agility around the buoys and that there was no loss of speed.

Previously they raced in the Belgian BKOffshore Championship and know or are friends with most of the competing teams, so they have arrived well prepared for a weekend of fierce competition and even harder partying afterwards.

They certainly win the prize for the longest journey to the event; time will tell whether they will be collecting another on the podium come Sunday afternoon. 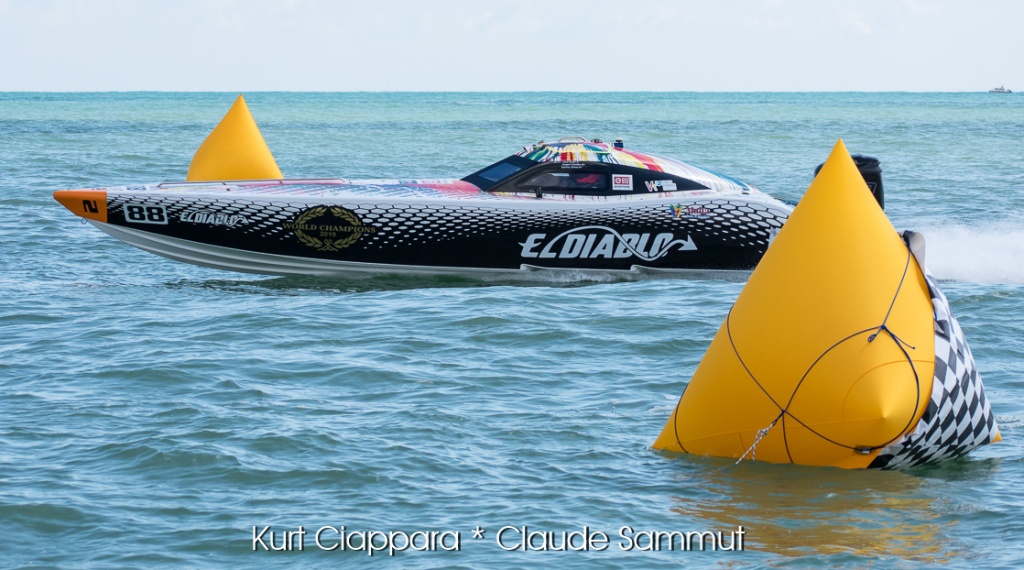 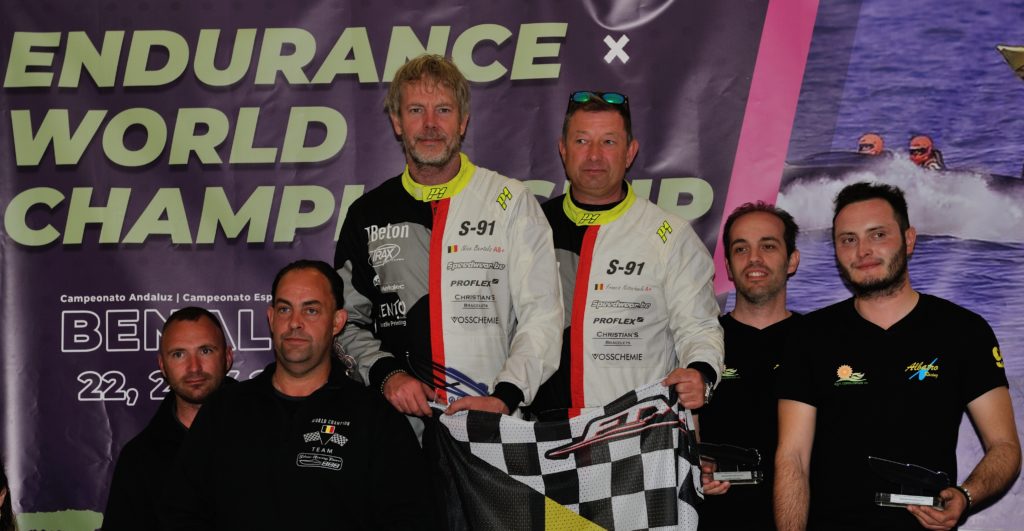 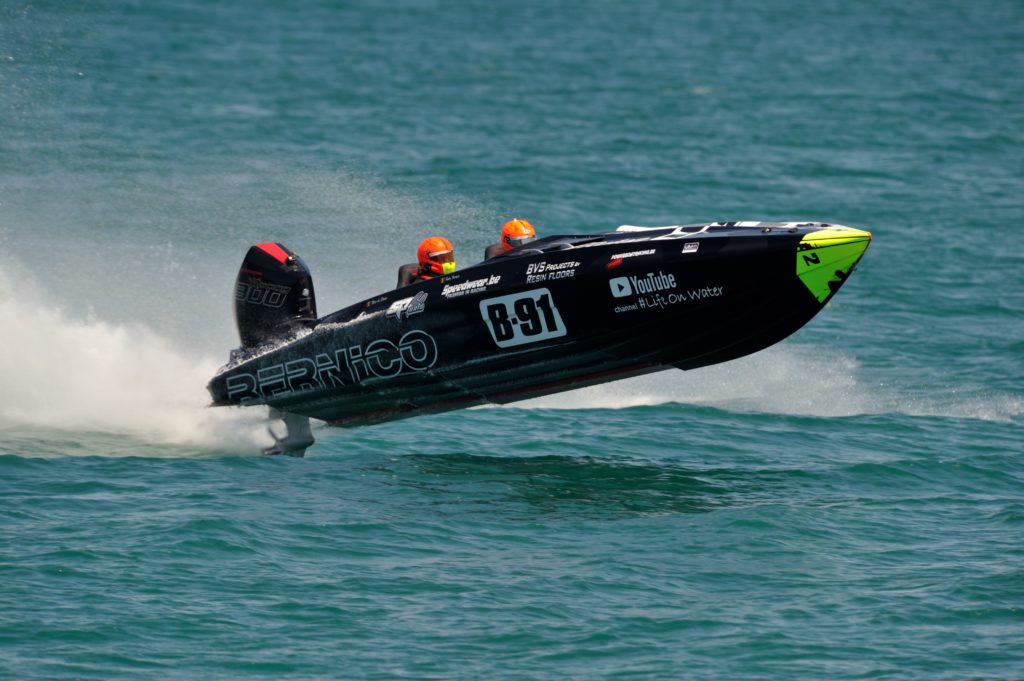 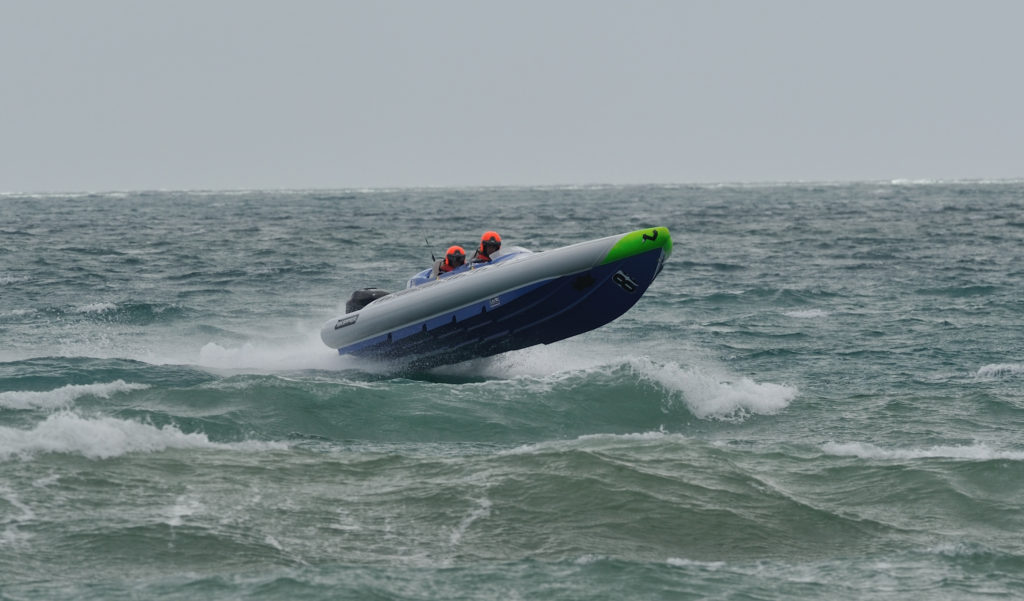