Sometimes dry, sometimes wet, the first day of the 2022 Orlen Necko UIM World Circuit Endurance Championship was for several of the drivers and teams as mixed as the weather.

As the first of two six-hour races scheduled for the weekend got under way it wasn’t the start that the Polish-Lithuanian crew of the Toma Racing Team had hoped for. With hardly any laps completed the yellow flag was out neutralising the race due to their driver taking out both turn marks for which the team received a penalty of a five-lap deduction.

With the race soon back under way the Riga Powerboating Team with Stefan Árand at the wheel took an early lead and after just two hours they had eighty-nine laps completed. Lap after lap they slowly increased their advantage over their competitors. Then disaster struck following a driver change when Nils Slakteris was caught out by the wake created by a spectator boat and over, he went. Fortunately, Slakteris was unharmed, but their Lonnberg hull needed some repairs. However, the Riga Team mechanics are seasoned specialists and after just two hours, they were back on the water to continue racing. With Árand allotted time quota used up Slakteris was back in the boat though any chance of finishing on the podium had gone.

The water traffic on Lake Neko is continually active, which unfortunately created additional waves for the participants of the competition. Unfortunately, Slakteris hit one such wave from a nearby cutter which was too big, and he crashed out. Tomorrow is a new day and a new competition. After what we experienced today, we can see that we can compete in the first position and that will be our goal.

It was heartbreak for Team Torpilleurs Racing who were comfortably in second place at the halfway point. Then with just fifteen minutes to go they broke a propeller. With them unable to take the chequered flag it meant all their arduous work was in vain and they finished the day unclassified.

Completing the day with two hundred and fifteen laps were the crew of Team Boat 99. Jérémy Brisset, Quentin Dailly and Romuald Kauffmann had arrived in Augustów, Poland with the intention of retaining their UIM World Championship title and have quietly gone about that task.

They finished the day just five laps ahead of their fellow countrymen in the Arion Racing Team, so this task will be far from a comfortable walk around the lake. 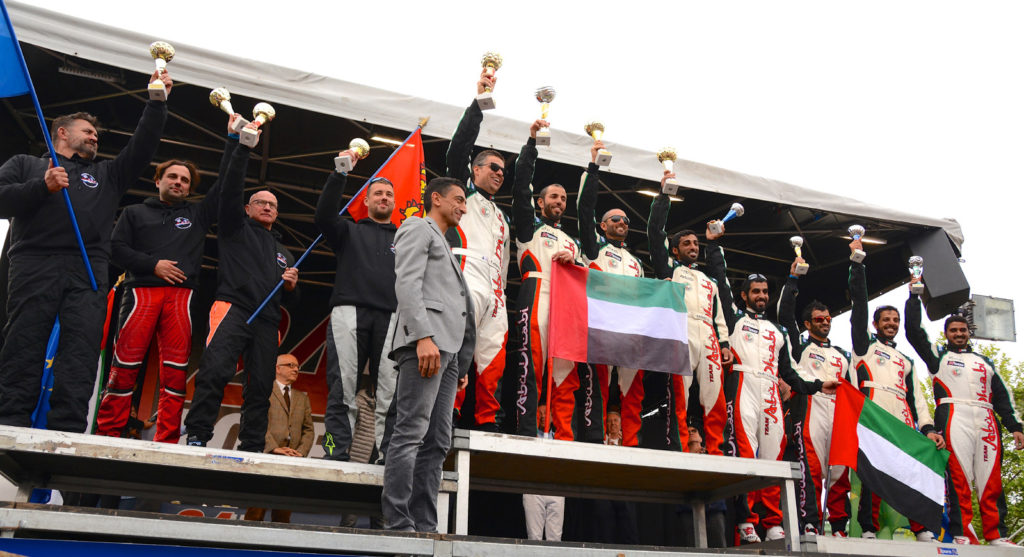 The End of the Road for Rouen 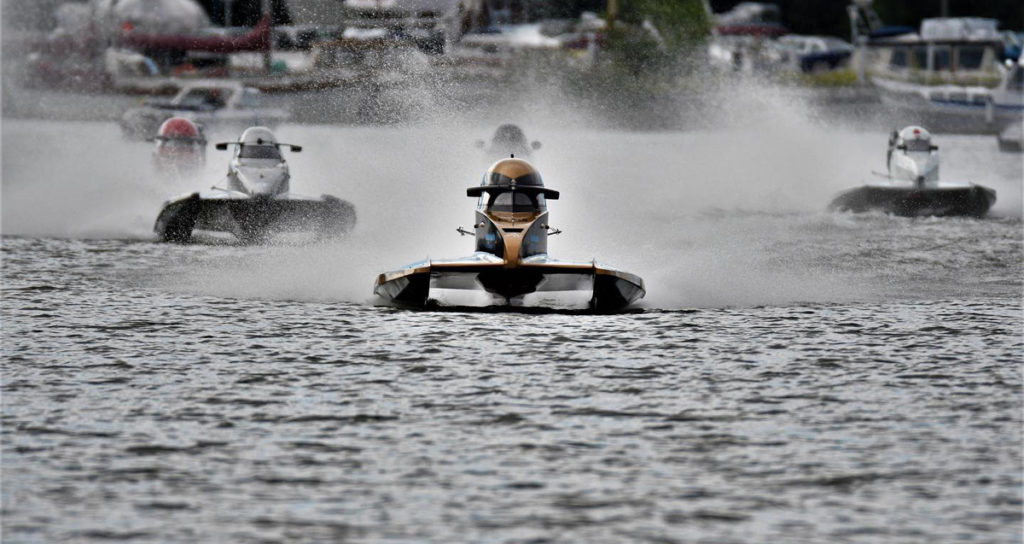 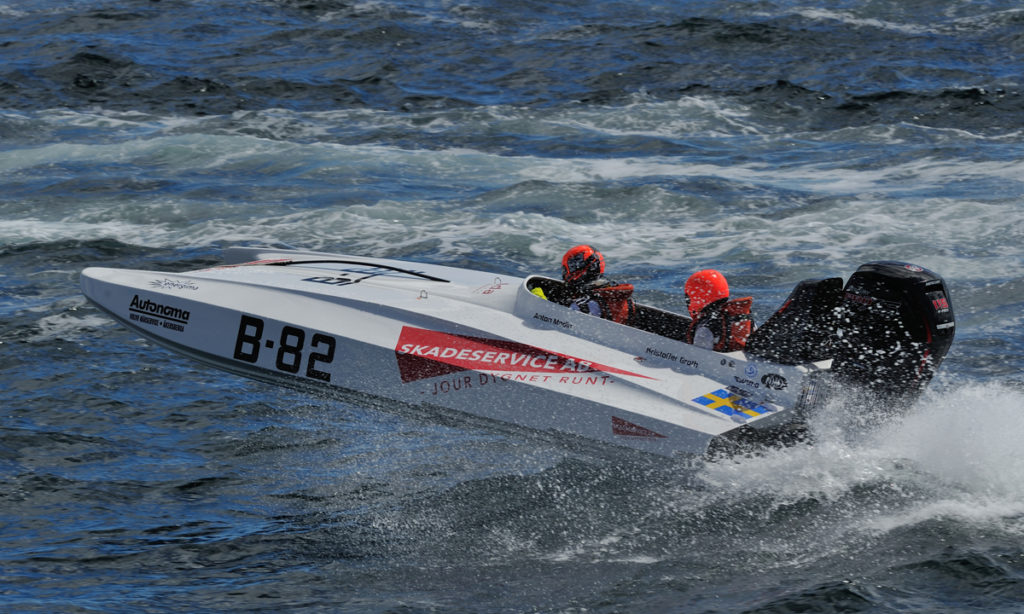 Can Modin Take the Triple Crown