Last Saturday saw the Hilton Helsinki Hotel host the Finnish Sailing and Boating Association’s season-ending celebration together with RaceWKND and the Finnish JetSport Association. The night certainly highlighted the emerging talent that Finland is now producing.

The ‘Most Improved Driver of the Year’ trophy went to the former SJ10 Champion Leevi Paasonen who this season moved up to the GT15 class.

His consistent results saw him end the year in an impressive third overall in the standing and following his presentation the Chairman of the Finnish Powerboat Federation, Sami Seliö complimented the F1LIP Roms Junior team driver on how quickly he had developed in the class.

There is a steep learning curve between SJ10 and GT15’ said Selio ‘so for him to finish on the podium at the races Kuopio and Kotka shows he has immense potential in the sport.

Seliö was also there to present the ‘RaceWKND Driver of the Year’ trophy to Noel Vänttinen who won the GT30 class taking the top step on the podium at Lohja and Kotka along the way. What made it slightly significant was that Vänttinen had started his powerboat racing in Seliö’s Junior Team first in SJ15 (now SJ10) and then in GT15. Also, the trophy he was awarded was one that had a propeller that Seliö had won two UIM F1H2O Grand Prix with as the centre piece.

Team of the Year trophy went to Veleiro Racing who have seven drivers racing across the four distinct categories that go to make up the RaceWKND Championship. Receiving the trophy were Jenni Rantala (GT30 driver) and deputy manager of Veleiro Racing Team alongside ten-year-old Adele Servin one of their three SJ10 racers. Her father, Sami Reinikainen, who was crowned UIM F4 World Champion back in mid-August in Smedjebacken, Sweden, also competes for Veleiro Racing.

Reinikainen, sponsored by Calix and Webasto was awarded the title of ‘Powerboater of the Year’ by the Finnish Federation in recognition of the remarkable achievement of winning the world title in his first season of racing in the F4 class – last season he was still competing in the GT30. He also finished the RaceWKND F4 Championship runner up to Alexander Lindholm. Reinikainen has now decided that after racing for twenty years to sell his raceboat so he can now concentrate his efforts on supporting Servin’s future racing career. As for Lindholm, who collected an award in recognition to all the PR work that he had carried out through the year, it looks like he could be heading to UIM F2 World Championship although nothing as yet has been confirmed.

Another driver thought to be keen on testing F2 equipment later next year is the Estonian racer Stefan Arand, who finished third behind Lindholm and Reinikainen in the RaceWKND Championship.

We race in Finland because it’s currently the most competitive F4 series in the world’ said Arand.

If you look at the last five years World and European championship standings then there has always been at least one Finnish driver in the top three. In addition to Reinikainen’s number one place in Smedjebacken there were more Finnish successes in the F4 class. Last year’s World Champion Alexander Lindholm took silver, Tino Lehto was fourth and Kimi Eskelinen seventh.’

Another reason we love coming to Finland is that since 2018 we have had an exceptionally good relationship with Roger Lönnberg who runs the Motormix racing team and has helped us a lot along the way’ said Arand.

It wasn’t just the young racers that picked up their trophies, as surprise of the night went to Sami Seliö who was awarded a special trophy made from a ships wheel. His father Niilo Seliö had previously received the award back 1991 and 2003.

The award was presented by the Secretary of the Federation, who had managed to keep it a secret from her boss, for his years of dedication to the sport. Throughout his three years as Chairman,  Seliö has been working hard to make the original SJ15 class, which was introduced to sport by his father and one that the likes of himself, Filip Roms and Kalle Viippo all started in, an internationally recognised class, the UIM GT10 class, one that Seliö himself describes as the ‘Optimis’ class of powerboat racing.

I did not know anything about this award’ he said

It really was a delightful surprise. When I look at the names engraved on the wheel and see people that I have admired all my life then I am very honoured to be amongst them. Now everyone is looking towards the next season and gathering strength to work together and increase the popularity of the sport what we love.

We now have more venues interested in hosting the RaceWKND Championship then we have dates available’ said Seliö. ‘The cities are looking for something different and they have seen the growth of our championship and are really interested because it also attracts the new people who have recently got into boating. In the past the noise and pollution has put the cities off hosting racing events but now they see with the new ‘cleaner’ engines it’s possible to hold events like ours. 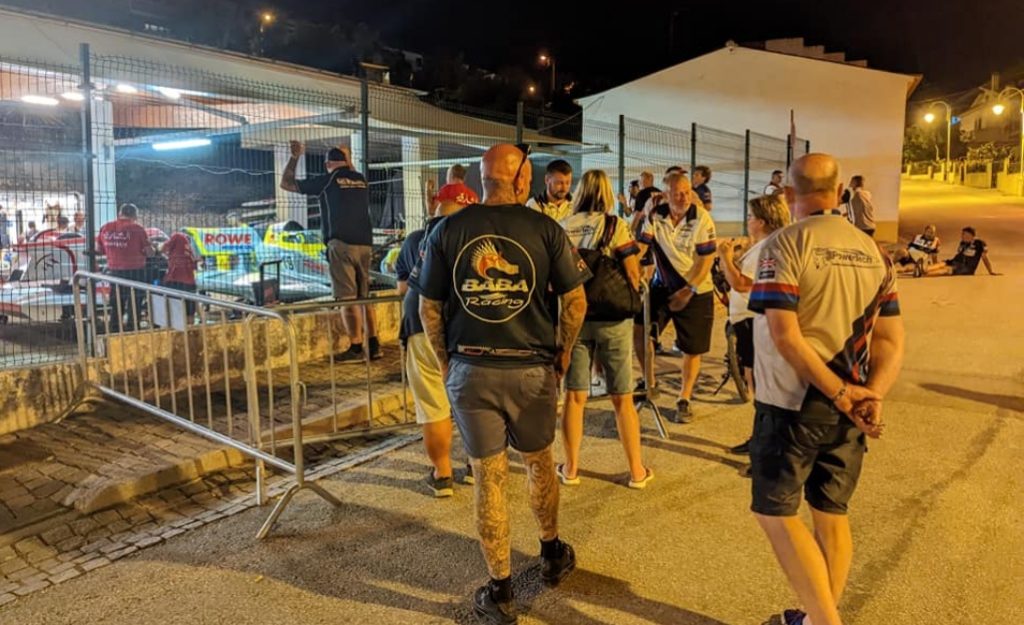 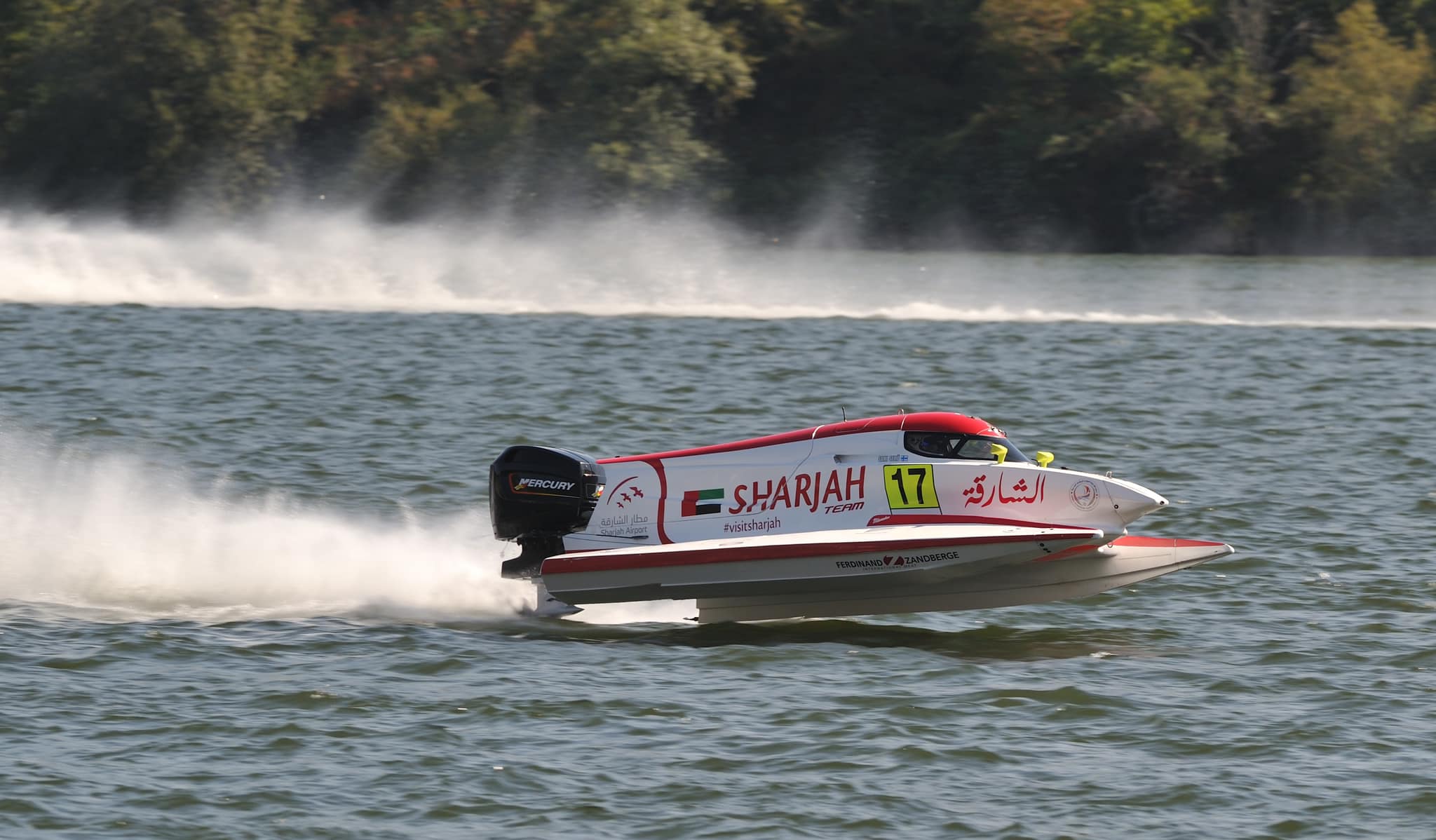 My goal is to win the race