What started a few weeks ago in Italy culminated in Larvik Norway at the weekend when the UIM President Raffaele Chiulli hung the laurel leaves around the necks of two Italian pilots after they had won the 2022 UIM Class 3D World Championship.

Serafino Barlesi and his co-pilot Francesco Calo could have gone to lunch at the fabulous Restaurant Vadskjæret that overlooks the finish line and still taken the gold medal back to Rome such was their advantage going into the last round. As true racers though they joined the fleet heading out in what had become very blustery conditions, a total transformation from the morning’s practice session.

Barlesi’s closes rival throughout the championship was the French team of François Pinelli and Saul Bubacco onboard Espace Power. They made the best possible start and took an early lead hoping that the World Champions ‘in waiting’ would settle for second place.

What Pinelli hadn’t considered was the frailty of his Mercury engines and just after the first turn mark, they began to lose power. He would push on regardless as he was mindful that his silver medal was now in reach of the Norwegian team of Erik Sundblad Johansen and Pål Virik Nilsen.

Once again though Virik Nilsen had fluffed his lines in the start run.

The start boat was telling all of us to slow down so I back off the throttles just as the green flag was raised, the engines were in totally the wrong torque range and so once again we had to battle our way through the field.

With Serafino and Calo now in a commanding lead, the race was all about the silver and bronze places. Any chance that Alfredo Amato and Roberto Lo Piano onboard D-69 Marco could repeat their race four result of a second place were done for when yet again the aging gearboxes failed, and they headed back to the race pits.

By now Sundblad Johansen and Virik Nilsen had moved into second place and were looking comfortable, whilst Pinelli and Bubacco were desperate to hang onto their silver medal chances, certainly a tough ask as this was the longer race of the two in Larvik.

Finally, to the French team’s relief they saw the chequered flag, which meant that the medal was theirs.

We had no chance today. Sure, we got to the top turn first but that was it. Then it was buoy, rocks, Serafino, buoy, rocks, Serafino, it was tough out there in that technical sea. I should be happy with silver but now we concentrate on the European Championships in Italy where we will have a new team, it will be a surprise.

For Sundblad Johansen and Virik Nilsen collecting the bronze medal was an excellent achievement bearing in mind it was a brand-new boat and just how little seat time they had together.

Considering the fact that it’s the first time we have raced together it’s an amazing result. It was rough at the end of the course. North, South, East, and West, the waves were coming from all directions I was really pleased I had Pål Virik in there with me today. I know the boat handles the turns differently to how he is normally making them, it’s something we will have to resolve.

Once again, the race winners showed that it’s all about balance and Barlesi knew exactly how to go about it.

Into the wind my balance won. At first, we were step by step with the French. Then after lap nine my boat was super speedy as I had planned to push ahead of the pack at that point.

Another ‘masterclass’ delivered by the Roman Emperor.

The UIM President Raffaele Chiulli, who had held meetings earlier with members of the Norges Motorsportforbund including Harald Halvorsen, NMF’s international member of Cominoff, paid tribute to the way the clubs hosted two weeks of offshore class 3 racing.

The clubs have done an outstanding job and we can say that with good cooperation we reached our goal. Norway has not been an organiser of offshore 3D since the 1990’s and after these momentous events let’s hope we don’t have to wait too long to return. 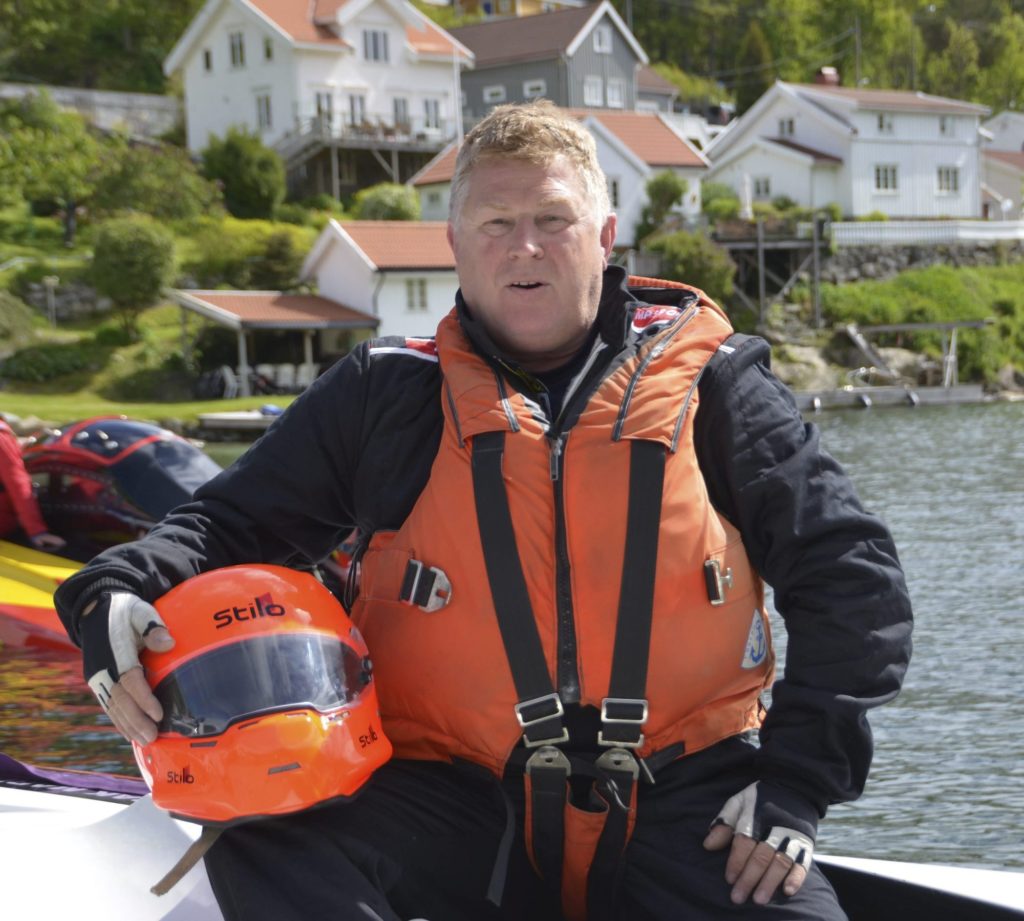 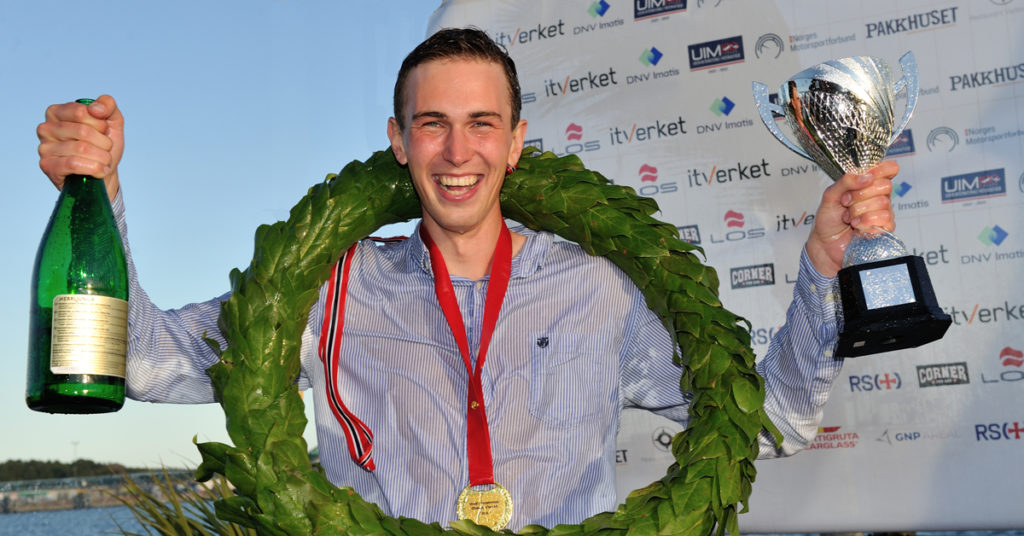 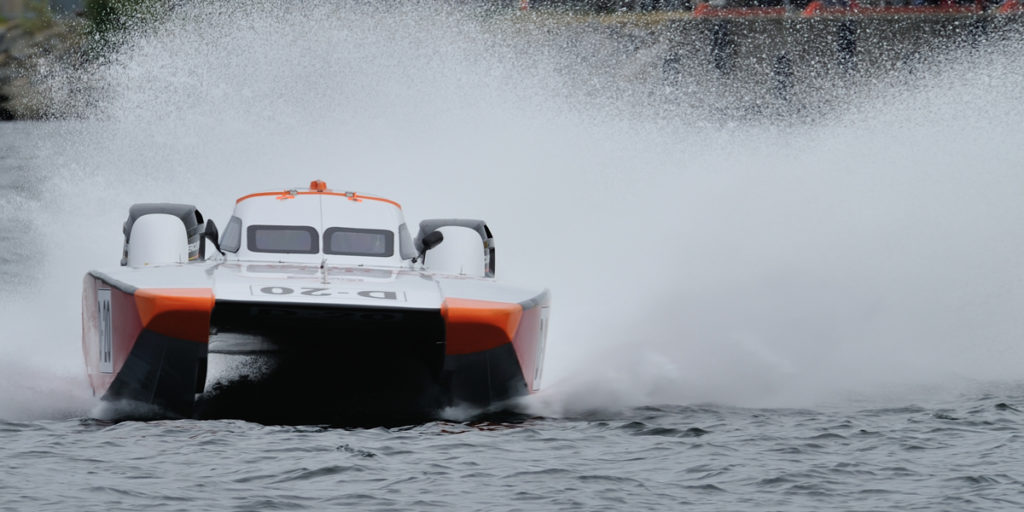